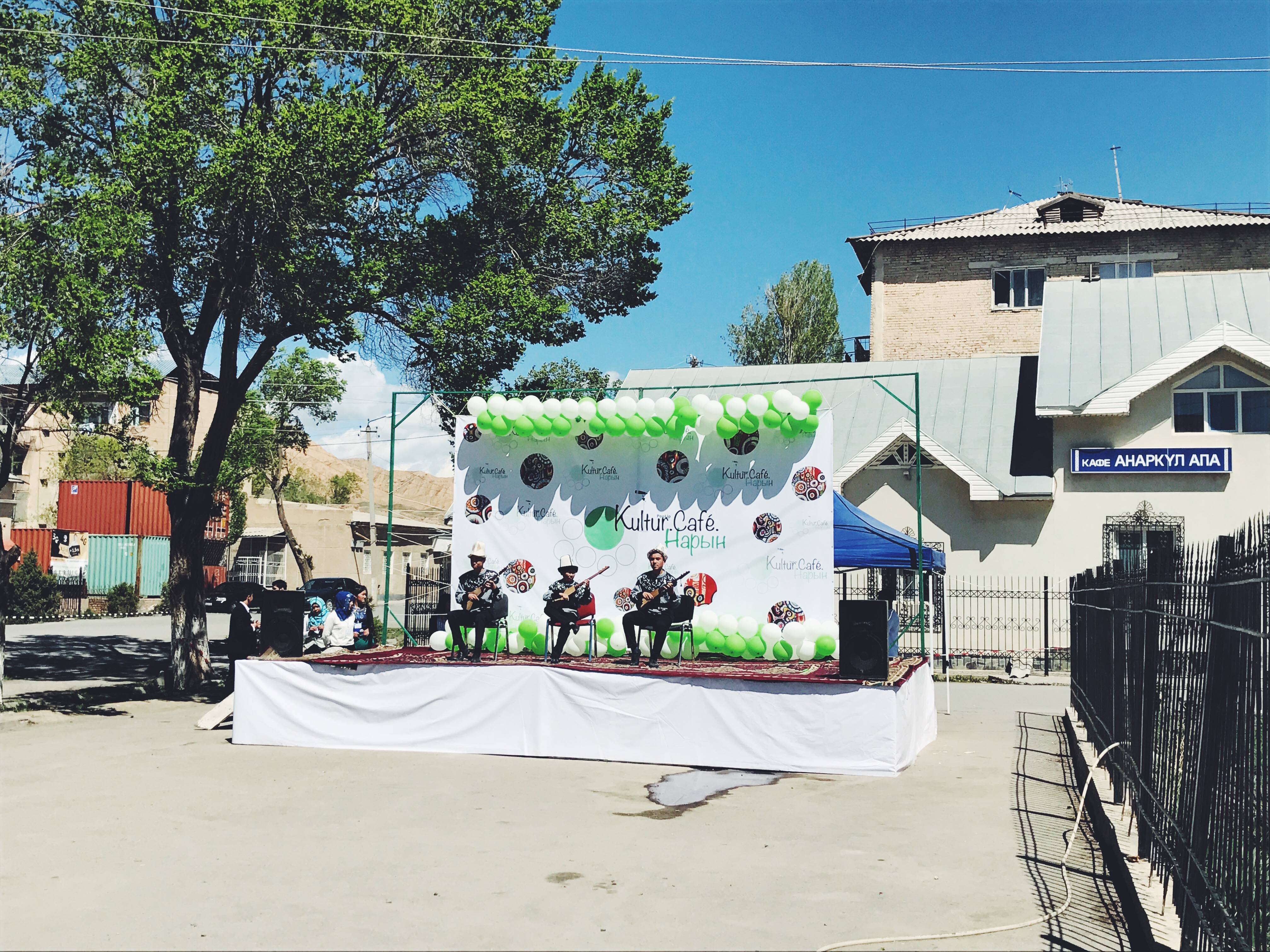 According to the university students that initiated Naryn’s “KulturCafé”, social life in the city is mostly centered around the family. Public spaces to hang out at and meet other people – especially for young people, are rare, even non-existing. Therefore, the goal of creating this “KulturCafé” was to increase the quality of life as well as knowledge building between different cultures (as the city has two universities – one of them with international students) and to prevent inner migration (as many young peoples who can afford it move to Bishkek). From one of the participants we were also told that bride kidnapping is being practised in the region, heavily affecting young women’s movement in the city. For this reason, we were told the ”KulturCafé” also exists as safe space for young women.