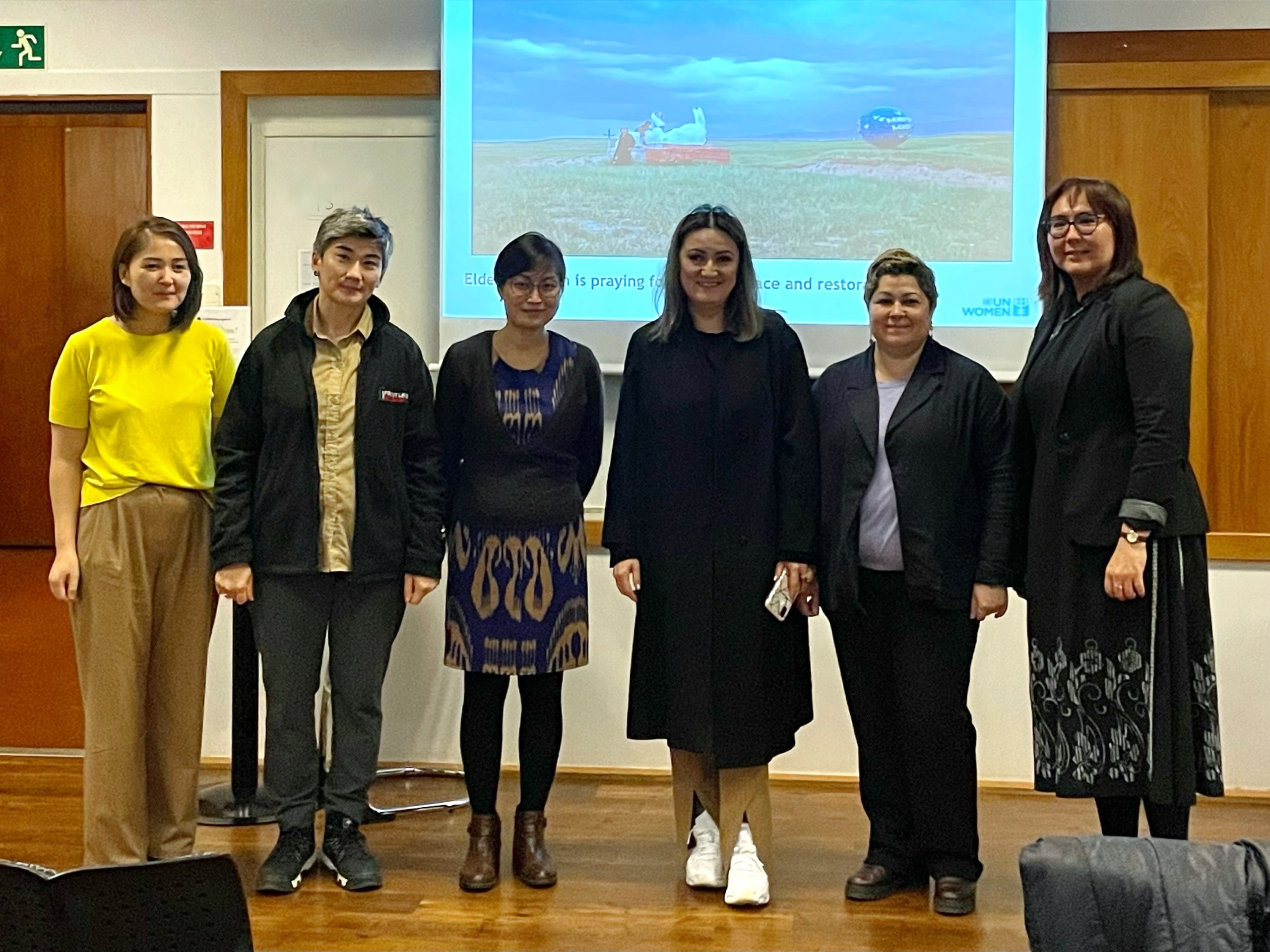 On November 5-6, Centralasiengrupperna hosted its ninth annual Central Asia Days conference at ABF Stockholm, which was accompanied by a screening of the movie “Baqyt” at Zita Folkets Bio. With the focus on gender & women’s rights and climate & environment, our speakers provided profound and first-hand knowledge on the topics and engaged participants into thought-provoking discussions.

The first day of the conference was devoted to the theme of gender and women’s rights. Our speaker from Kazakhstan Zhanar Sekerbayeva – a feminist, activist, and co-founder of the feminist initiative ‘Feminita’, shared how the initiative advocates for women’s political participation in Kazakhstan. It was followed by a session with Mohira Suyarkulova – a scholar, feminist and LGBTQ+ activist, who presented an analysis of her ethnographic research with LGBTQ+ people focusing on the concept of “feminine happiness” in Kyrgyzstan. The last session of the day was focused on the situation of women in conflict affected environments in Central Asia held by Dildora Khamidova, who has been actively engaged in regional initiatives to promote human rights with a focus on gender equality and minority rights in Central Asia. 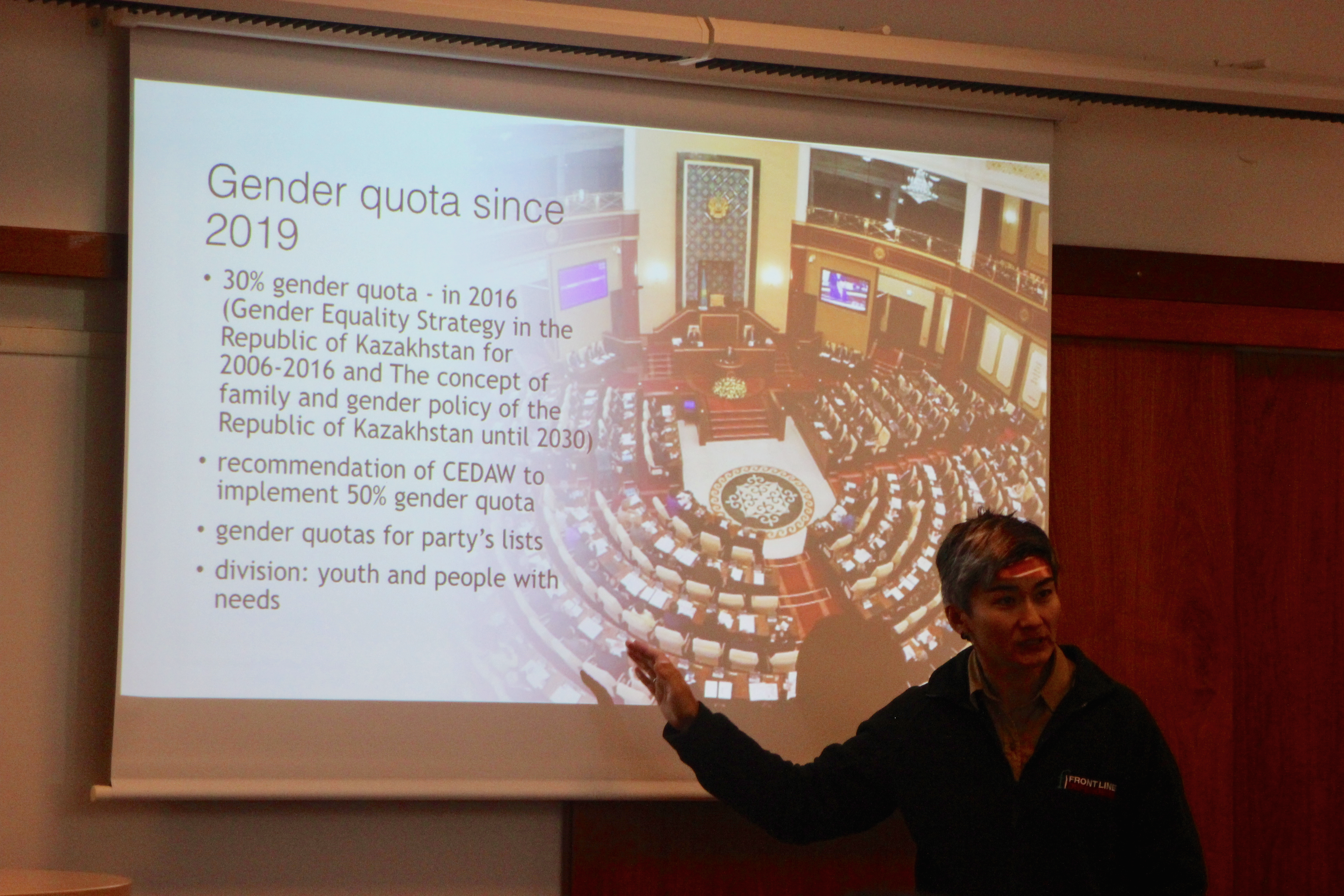 All lectures provided a comprehensive and diverse perspective on women’s situation in Central Asia.

“I learnt of the different context in the countries in Central Asia. Specifically I learnt of the situation for women and the inaction in terms of gender based violence from politics”, – said one of the participants

Later in the evening, we watched a film “Baqyt” (Happiness), which showed us what it costs to escape the trap of misogyny and vicious cycle of domestic violence.

The second day’s theme was devoted to climate and environment. Gulzat Baialieva, a researcher at the department of Social Anthropology, explored the question – How does climate change affect Central Asia as a region and what implications does climate change have on the environment and the people? It was also very informative to learn about mining challenges in Kyrgyzstan and its environmental and human rights implications in a lecture by Zhanyl Moldalieva   – an expert on environmental monitoring and information and extractives industry. Last but not least, CAD was finalized with a session by Nuraiym Syrgak kyzy – an environmental activist, and Simone de Boer – a PhD candidate in Social Anthropology, with the research focus on development of sustainable agriculture and the making of ‘sustainable farmers’ in Kyrgyzstan, on case studies of permaculture and organic farming initiatives in Kyrgyzstan. These sessions were beneficial in understanding the complexities of Central Asia’s environmental situation. 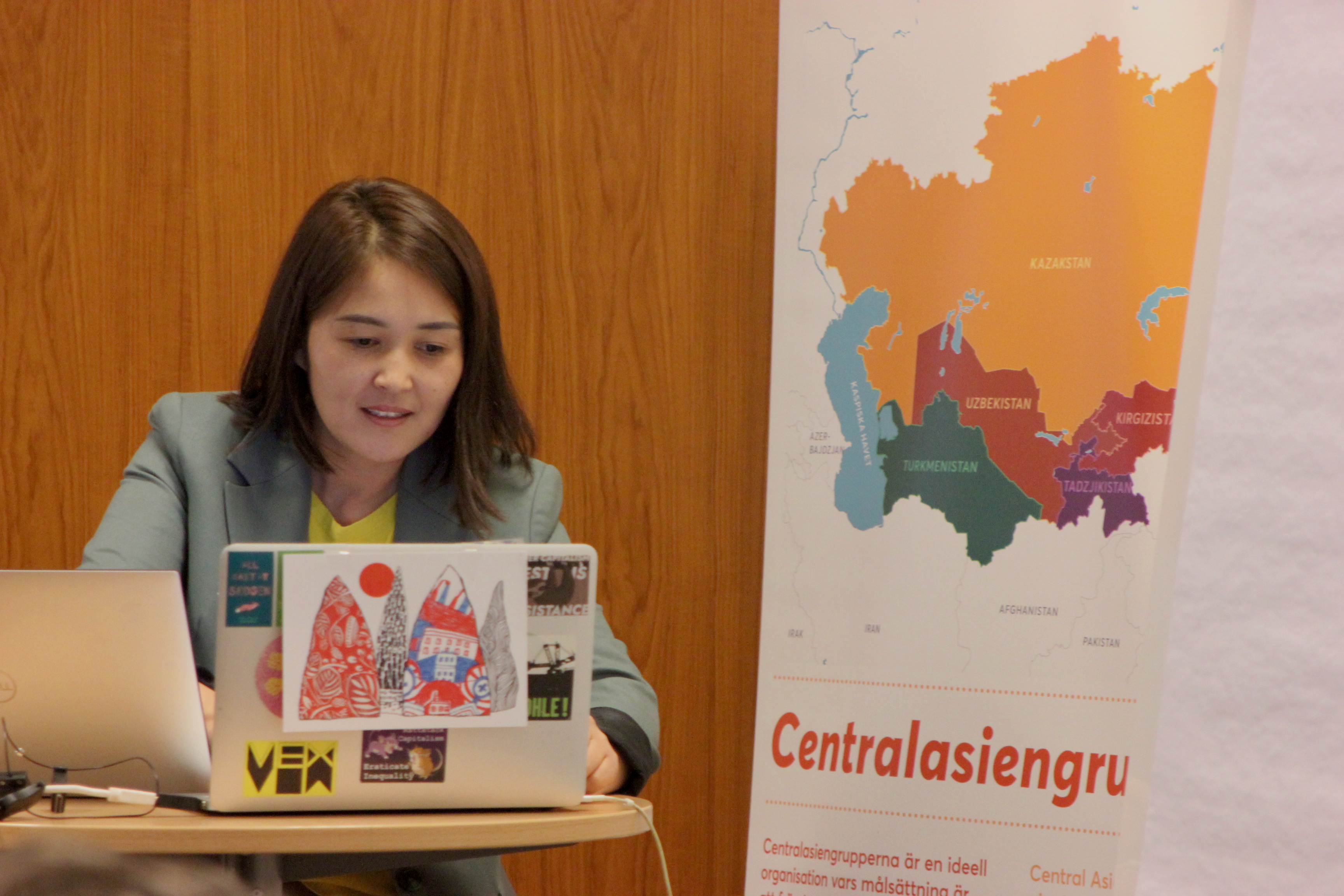 The feedback shows that participants found the event to be informative and prompted interest in further exploration of the region. Moreover, both speakers and participants shared that the event was valuable for expanding their networks as they got to exchange contacts and establish grounds for future collaborations.

We would like to thank everyone who participated in Central Asia Days 2022 and look forward to seeing you next year!