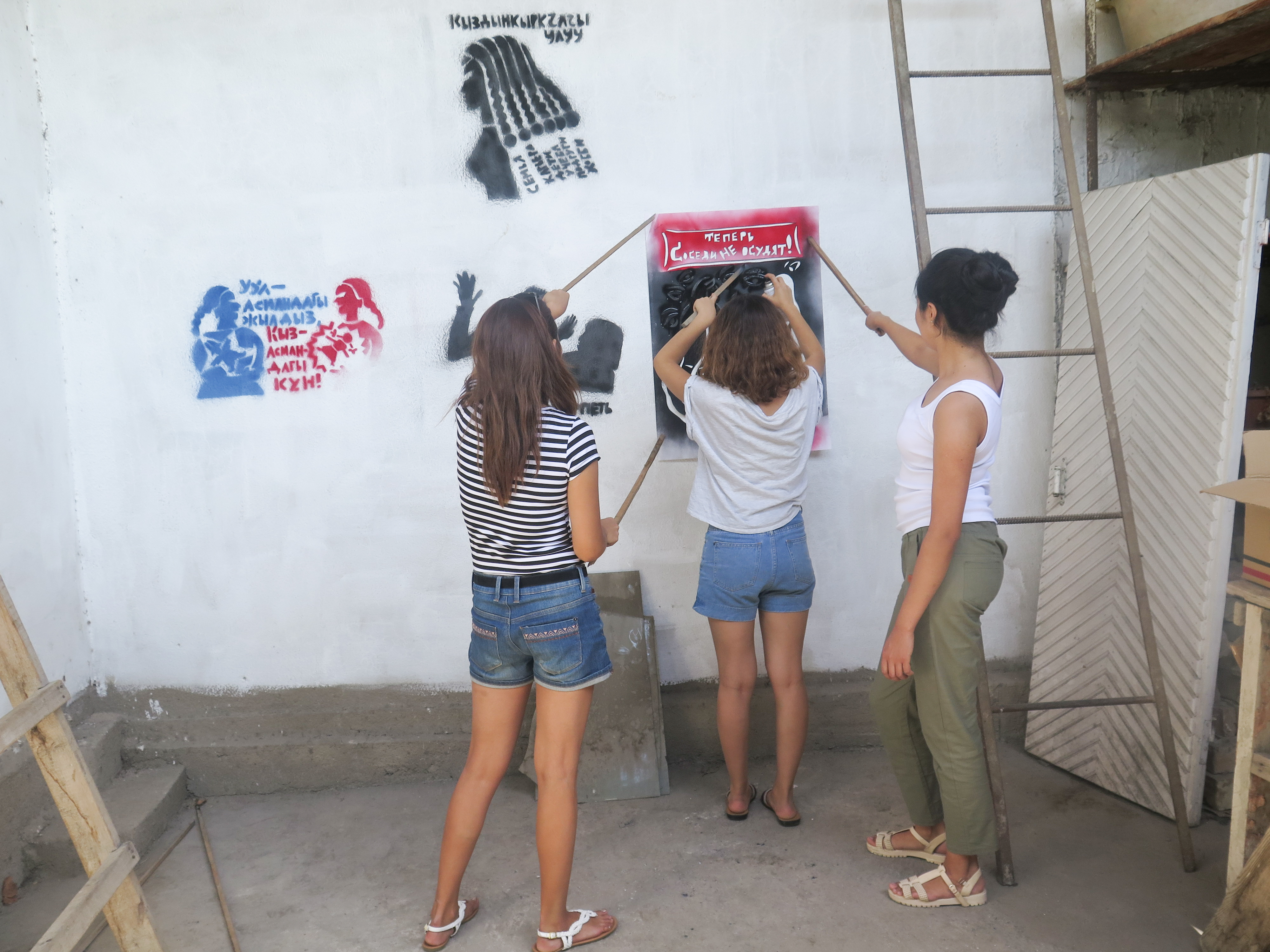 At the time of writing, it’s Tuesday night and I’m sitting on the patio outside Novi Ritm’s house in Osh. Even though the clock is almost ten, it’s more than enough with just t-shirt and shorts.

It’s late August and this is my first visit to Kyrgyzstan. Just a few weeks ago I started working for CAG as their international coordinator on gender and women’s right. One of my main responsibilities throughout this year is to coordinate and support Novi Ritm’s project on UNSCR 1325, and that’s also the reason as to why I’m here for two weeks now.

Novi Ritm has worked with the 1325-project since June 2016 and they have already managed to form a network of different partners from the three different regions where the project is going to be implemented. There have also been two weeks of training on how to use comics and cartoons as a method to put light on the situation for women in Kyrgyzstan.

But what about me? How did I end up on this patio in Kyrgyzstan? I guess the journey in some way started already when I was 11 years old and I realized that it wasn’t really a good thing to be a girl. I couldn’t really be a rock star (at least not as really cool one). I couldn’t be a professional football player. And I wasn’t 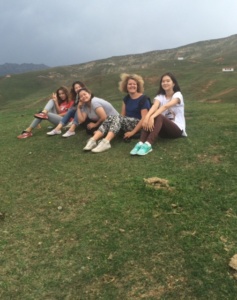 allowed to be as noisy as the boys in the classroom. I thought it was truly unfair and from that time I’ve been interested in girls’ and women’s’ rights and how to make this world more equal. It has been reflected in school assignments, leisure activities, university studies – and more recently: in jobs.

I have a BA in Political Science from Lund University, but the last three years I have been working as a journalist, most recently at Sydsvenskan. I am deeply involved in the Swedish section of Women’s International League for Peace and Freedom (WILPF) and since 2015 I’m the chairwoman of the Swedish section. One of WILPF’s main focuses is UNSCR 1325, which is extra suitable for this job at CAG.

That’s all for now. It’s time for bed. I’m really looking forward to an exciting year with the possibility to learn more about Central Asia, follow Novi Ritm’s work more closely and once again have the chance to work with women’s rights.