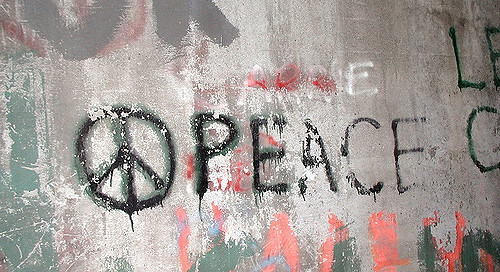 It’s been 15 years since that day when history was made in the UN High Quarters in New York. For almost a century women rights organizations had claimed the fact that the Security Council now recognized: If peace ever going to be possible, women needs to be included in the decision-making.

The resolution was named 1325 and was unanimously adopted by the Security Council. This implied that the resolution from that very day got binding for all member states of the UN.

1325 is usually explained with three P:s:

A common misconception of UNSCR 1325 is that it only about making war ”safe for women” or that it’s only applicable to countries who are part of a conflict. Neither of it is true – UNSCR 1325 is relevant to all countries and should primarily be seen as a tool to prevent war and achieve equality.

This is also the reason as to why Novi Ritm, together with Centralasiengrupperna, has started up a project where UNSCR 1325 is the point of departure. The project is funded by the Folke Bernadotte Academy and the purpose of the project is to empower young women from different ethnic backgrounds in the three regions of southern Kyrgyzstan (Osh, Jalalabad, Batken) to meaningfully engage in local and national peacebuilding, conflict resolution and decision-making processes. In other words: realize what is dictated in the resolution.

This will be done in a number of different ways. We will, for example, work a lot with improving specific capacities within regional women’s/girl’s civil society organizations, conduct trainings on UNSCR 1325 and analyze how the resolution is applicable to the southern part of Kyrgyzstan.

Interested in how it goes? Keep yourself updated here on the blog!

/ Annika, International Coordinator on Gender and Women’s Rights at CAG