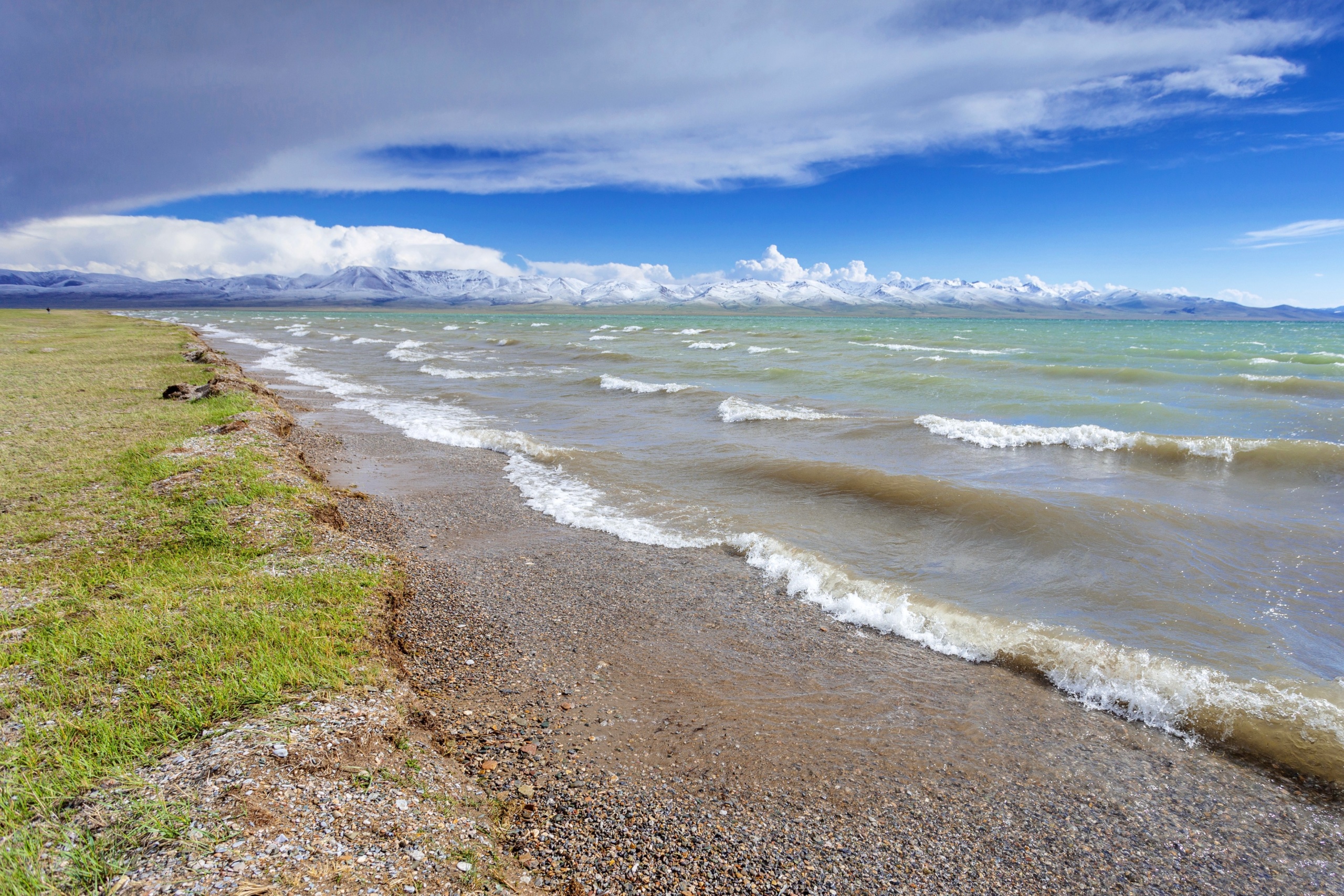 Since March 2022, CAG together with the Institute for Sustainable Development Strategy (ISDS), our partner organization in Kyrgyzstan, is implementing a project “Securing wetland ecosystems of Son-Kul Lake in the Kyrgyz mountains”.

The main goal of the project is to support the rights and strengthen the capacities of local communities to protect and manage wetlands and natural resources of the Son-Kul basin of the Naryn region.

Context: Son-Kul Lake is an alpine freshwater lake located at an altitude of 3016 m above sea level in the Inner Tien Shan. Since 2011, the lake has been included in the International List of Wetlands of the Ramsar Convention. It means that Son-Kul Lake’s significant value is recognized not only for Kyrgyzstan, but also worldwide, as it contributes to the conservation of global biodiversity. The lake is a place of mass nesting and concentration of birds during seasonal migrations and during the nesting period, which is of international importance for waterfowl.

The Son-Kul basin also bears significance for the livelihood of local communities. It is traditionally used as a summer pasture for cattle grazing, which is the main source of income for rural households in the Naryn region. From April to October, more than 1000 households graze a large number of cattle, horses, sheep and goats with intensive and uncontrolled use of pastures and water resources. This leads to degradation and loss of pastures and soil fertility, as well as to the decline and extinction of the population of some waterfowl species in Son-Kul.

Demoiselle. Breeds on Son-Kul. Listed in the Red Book of Kyrgyzstan.

Within the framework of the project, ISDS held a series of meetings with the representatives of local government and state bodies, such as as the Department of Biodiversity Conservation under the Ministry of Natural Resources, Ecology and Technical Supervision of the Kyrgyz Republic; Karatal-Zhapyryk State Nature Reserve; National Academy of Sciences of the Kyrgyz Republic and Cholpon rural municipality of Kochkor district. Cooperation on effective use and preservation of Son-Kul wetlands was discussed during the meetings. Participating parties signed memorandums on mutual cooperation.

On April 19, 2022, ISDS held a meeting with the representatives of the local communities of Cholpon rural municipality (ayil aimak) to discuss the issues of protection and management of Son-Kul Lake wetlands. Among the attendees of the event were the heads of 9 village communities, representatives of local self-government bodies, the Pasture Committee, deputies of the local council, youth and women’s rights activists. During the event, the participants discussed the level of their participation in the decision-making processes that affect their livelihoods, communities and environment. The issues of pasture degradation, waste disposal, poaching and other threats to waterflow were also highlighted.

The discussions led to a deeper understanding of local communities of the issues connected to the effective management of Son Kul Lake’s wetland. As a result of the event, an Initiative Group was created, which includes activists from 9 villages and representatives of local schools. Awareness raising and capacity building activities based on rights-based and participatory approaches have been discussed and planned.

In addition, ISDS held a training on Protection of biodiversity of the Son-Kul on May 30, 2022. It was organized for an initiative group of environmental activists of Cholpon rural municipality in order to increase their capacity and involvement in the protection and management of natural resources. Staff members of the Karatal-Zhapyryk State Nature Reserve shared information about the Reserve and its main activities with villagers. They also held a quiz using an interactive approach and outlined a joint action plan for the protection of the Son Kul area.

Askar Davletbakov, a Candidate of Biological Sciences of the National Academy of Sciences of the Kyrgyz Republic, gave a lecture titled “Biodiversity of the Son-Kul Basin: Problems and Solutions” and conducted a practical session on monitoring birds as indicator species. As he noted, “Observation of indicator bird species is a simple and effective method of tracking environmental change, which helps to plan measures for environment conservation in the future”.

Work on public monitoring of the biodiversity of Son-Kul

The main task of artificial nests is to preserve populations of rare bird species in the absence of natural nesting sites. The construction of artificial islands and nests is planned for the end of June 2022, with participation of environmental activists and representatives of the Pasture Committee and the Karatal-Zhapyryk Reserve.

You can read more about Centralasiengrupperna and how you can support our work in Central Asia under the following link.

To learn more about ISDS, follow the links below: