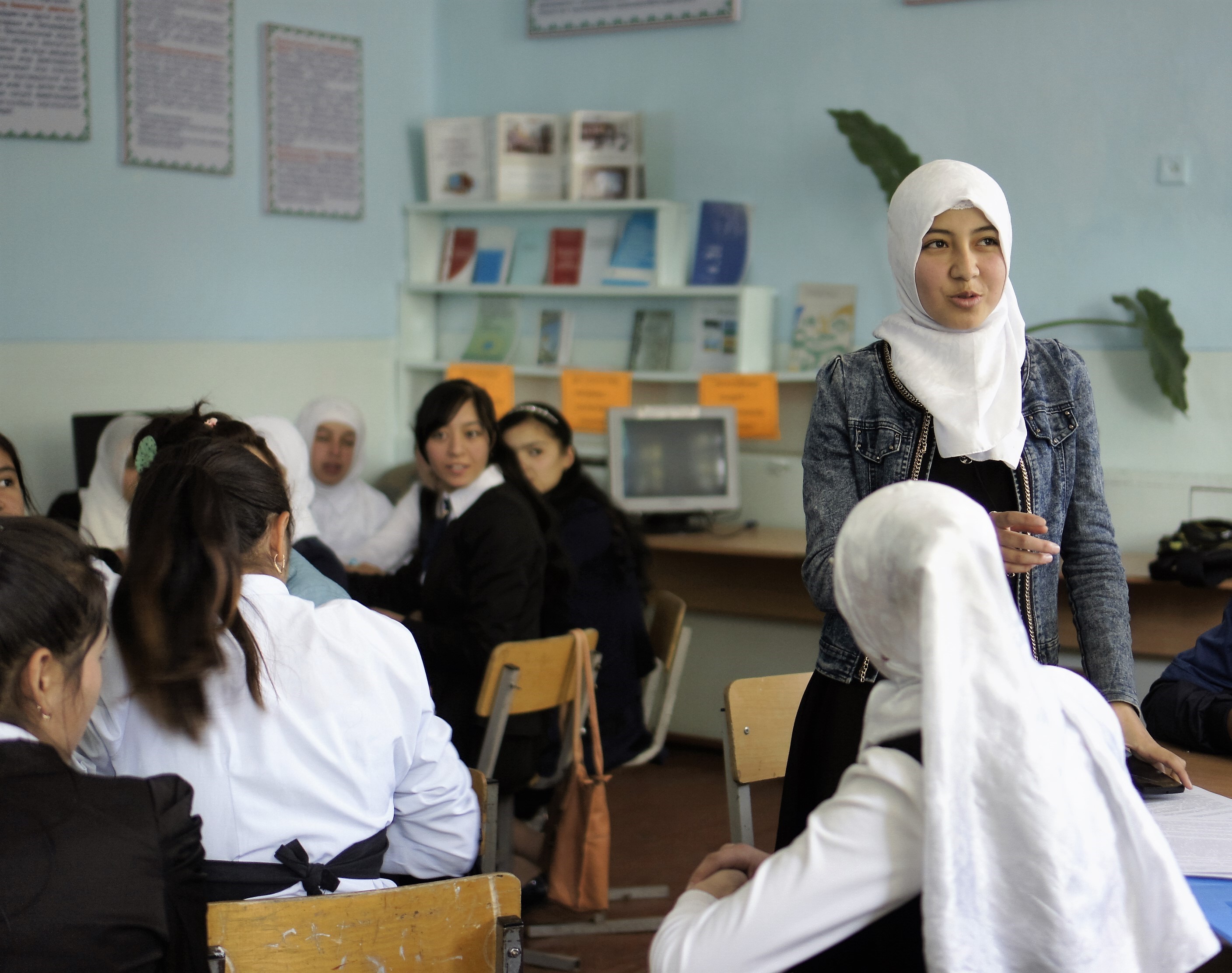 Kyrgyzstan is considered the most progressive and democratic out of the five post-Soviet Central Asian republics. However, in regards to the realization of women’s rights and human security, the Kyrgyz republic struggles. Since independence three violent conflicts have occurred, the latest in the Osh region of Southern Kyrgyzstan in 2010. These outbreaks of violence have given strength to two trends of nationalism and retraditionalization, which continues to severely limit women’s freedom and control over their own lives. For example, according to the latest National Review of the Kyrgyz Republic in the framework of the Beijing Declaration and Platform for […]

In June Centralasiengrupperna visited Novi Ritm in Osh for a week and hosted a training in non-violence intervention with Per Herngren, non violent trainer and active within the plowshares movement, at the Novi Ritm house. The lectures focused mainly on tools to improve the democracy within meetings, how to approach problematic situations and how to intervene when a conflict arises. During the trainings the participants got a chanse to try out different non-violent methods by reenacting possible situations. For example how to repond to sexist comments or other discriminating acts. The participants from Novi ritm discussed how they could continue […]