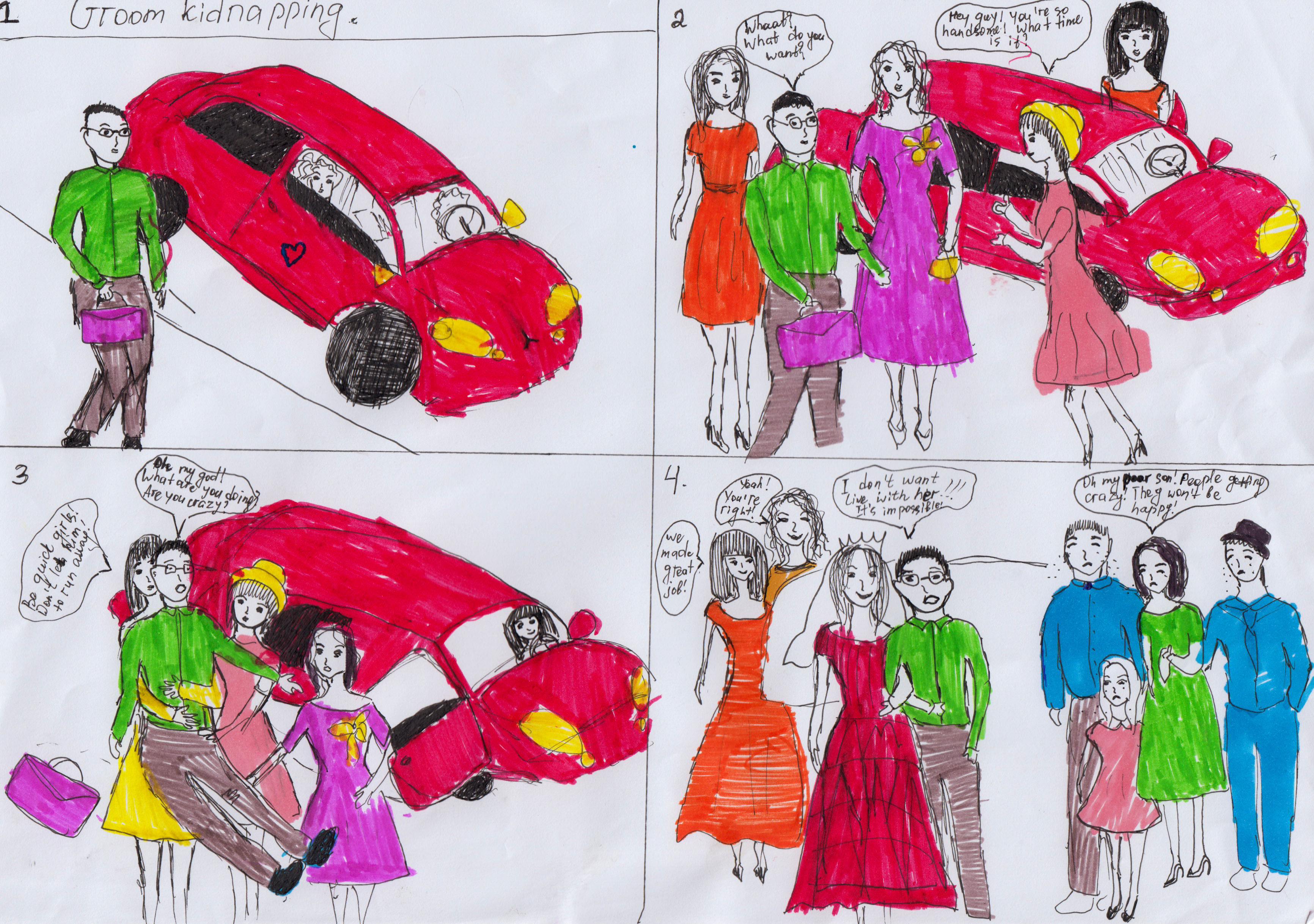 “Girls group” played a big role in organizing the workshops. They, after the two days workshops organized exhibitions at two universities in the city of Osh, in order to spread the main message of the comics “we want to live in equal and fair society” and let other people to think, analyze and give comments.
See comics made by girls below and share with your your opinion 🙂 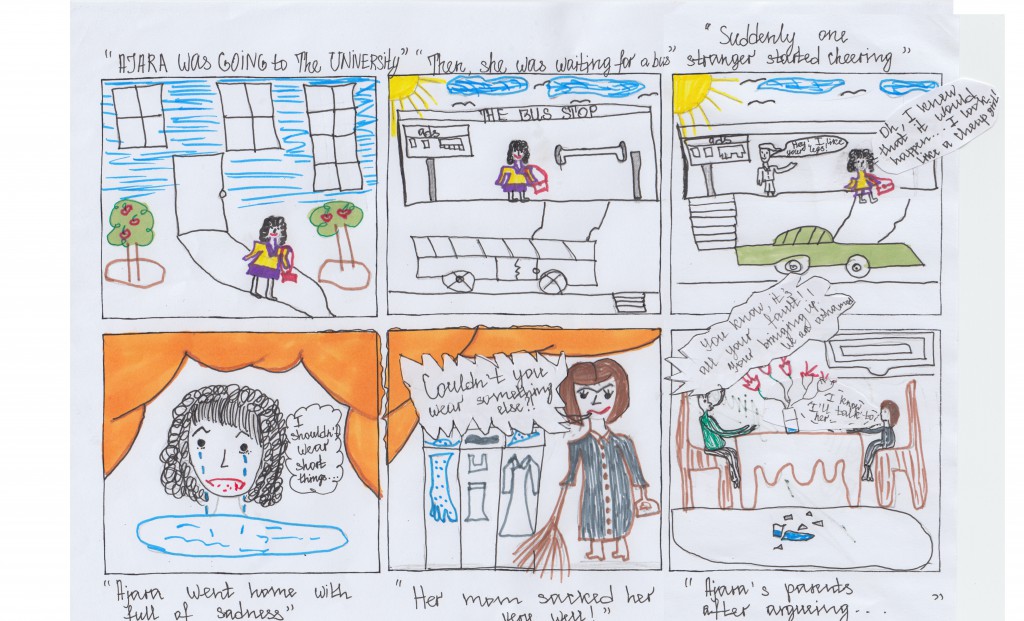 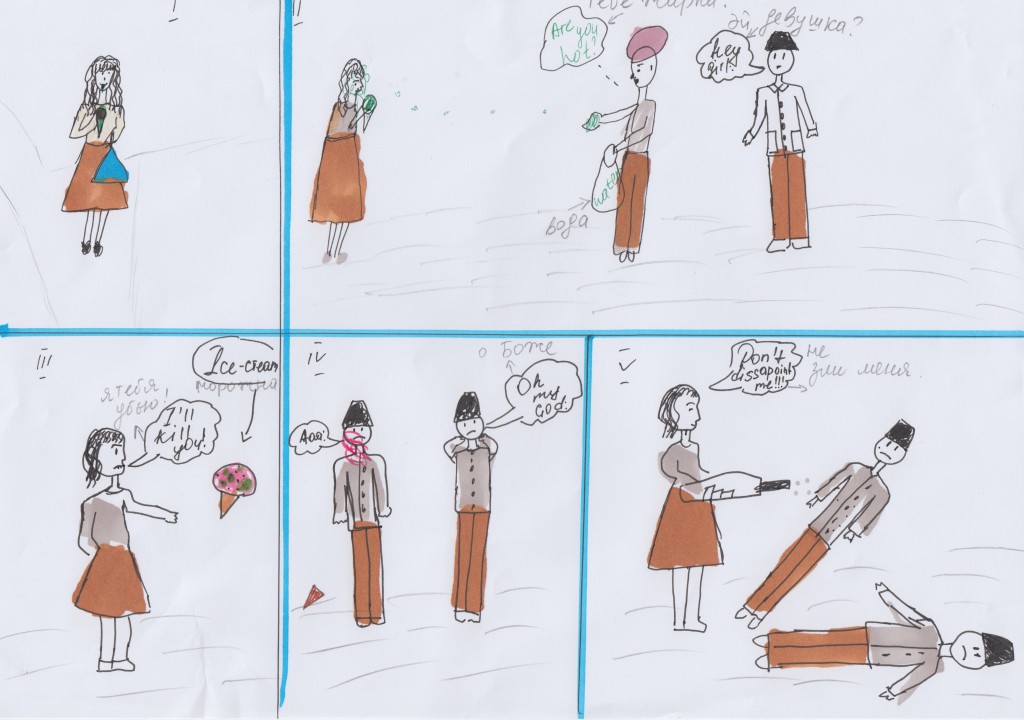