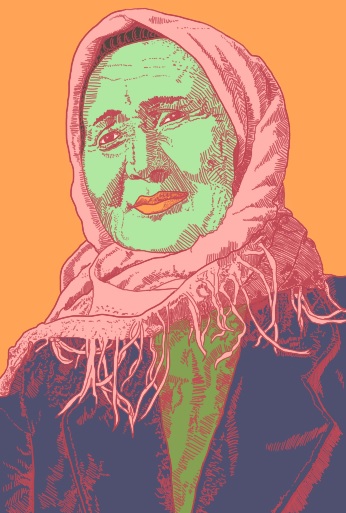 In the village of Ak-Jar, located in Naryn oblast, Telegey Sagumbayeva was born on June 8, 1902. She was born into a peasant family, and started helping out with chores at a young age. However, in 1927, Sagumbayeva, together with her husband, started to work at one of the first established sheep farms in Kyrgyzstan. After some years, Sagumbayeva herself became the senior shepherd of the farm Kochkorka in Naryn. She was one of the first female senior shepherds in the Kirghiz SSR.

During the years as a Soviet state, being a mother was rewarded publicly, and Sagumbayeva – having birthed and raised 12 children – was given the high title of “Heroine Mother” in 1947 (Russian: “Мать-героиня”). She was also an elected deputy in the Supreme Soviet of the Kirghiz SSR, and she was awarded the title of “Socialist Livestock Master of Kirghiz SSR”. She died in 1981.