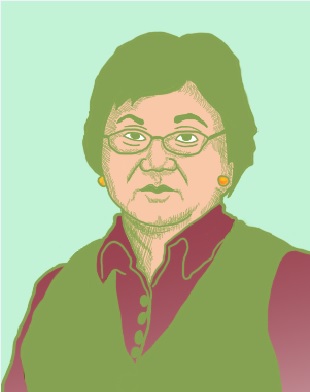 Roza Otunbayeva, born on the 23rd of August 1950, is mainly known for being the only female president in Central Asia. She was born in Bishkek (then Frunze) in the Kirghiz SSR, and went on to graduate from Moscow State University in 1972. After writing and receiving her PhD in 1975, she became the Head of the Philosophy Department at Kyrgyz State National University for six years.
It was not until in 1981 that Otunbayeva begun her political career. She has had several notable positions, ranging from representative of the USSR in UNSECO in Paris to Kyrgyz ambassador in both Washington and London. Additionally, she has been Foreign Minister three times before she became the head of the interim government in April 2010, as a result of the uprisings against former President Bakiev. In June that same year, Otunbayeva was sworn in as President of the Kyrgyz Republic – a position she held until the end of December 2011. Roza Otunbayeva is the only leader in the region that has left office voluntarily and as such became part of the republic’s first peaceful transfer of power.
In January 2011, she founded the Roza Otunbayeva Initiative which focuses on topics such as diversity and culture, and democratic governance. She has received several awards and nominations, such as the U.S. Department of State’s award International Women of Courage in 2011, the Eurasia Foundation’s Bill Maynes award of 2012 for being a visionary leader in times of hardship, and legioner of France's Legion of Honour with the degree of Commander.