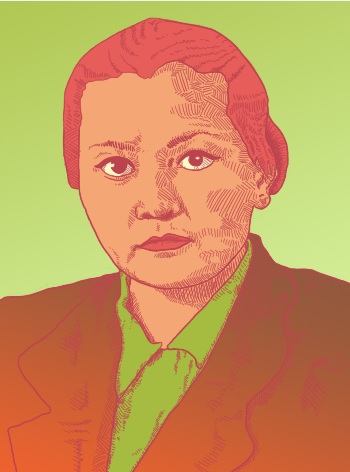 In 1922, Jumagul Musayeva was born in the village Ak-Kuduk, which is located in Naryn oblast in Central Kyrgyzstan. She became an orphan early in her life, and moved at a young age to the country’s capital. She studied at the Kyrgyz Pedagogical Institute and, as a 1st year student, began attending meetings at Frunze’s aero club, where she learnt parachuting and did supposedly over 300 parachute jumps. Two years after, in 1940, Musayeva flew an aircraft on her own for the first time.

When the war came to the Soviet Union and Kyrgyzstan, Musayeva applied to become a military pilot on the frontlines, but was refused because she was a woman. Instead, she graduated and remained at the Institute to teach geography, until she started her studies at the graduate school of USSR Academy of Sciences Institute of Geography in Moscow.

From 1951 to 1954, she worked as the Director for the Kirghiz Women's Pedagogical Institute, and then got promoted to work as the Deputy Head of the Department of Science, Schools and Culture, with the Central Committee of the Communist Party of Kyrgyzstan. Her work during these years contributed significantly to the development of women’s education in Kyrgyzstan. In 1959, she began working as a senior research fellow of the Academy of Sciences in Kyrgyzstan, a profession she kept until retirement.