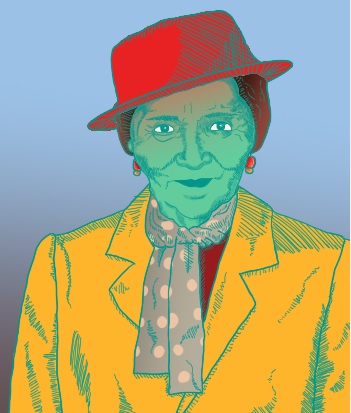 In March 1917, Sabira Kumushaliyeva was born. She, and three other contemporaries (Darkul Kuyukova, Baken Kydykeyeva, and Saira Kiyizbaeva) were collectively called the Four Daughters of Tököldösh. This name was invented by Darkul Kuyukova’s older brother and refers to their native village which used to be located close to the capital. Naturally, the city has grown and today, the village is included within the borders of Bishkek.

Kumushaliyeva was a theatre and film actress, who starred in mainly Kazakh and Kyrgyz films between the years of 1955 and 1990. In the early 1930’s, however, she first worked as a teacher for young children. She began her career as an actress circa 1934. During the World War II, she, just like other women, had to pause her theatrical aspirations to support the war efforts.

She received some of the greatest awards for her work in the field of arts and in the Kirghiz SSR (modern day Kyrgyzstan), such as Honored Artist of the USSR and the People's Artist of Kyrgyzstan.

She died at the age of 90 in September, 2007, and her portrait adorned Kyrgyz postage stamps issued in 2008.