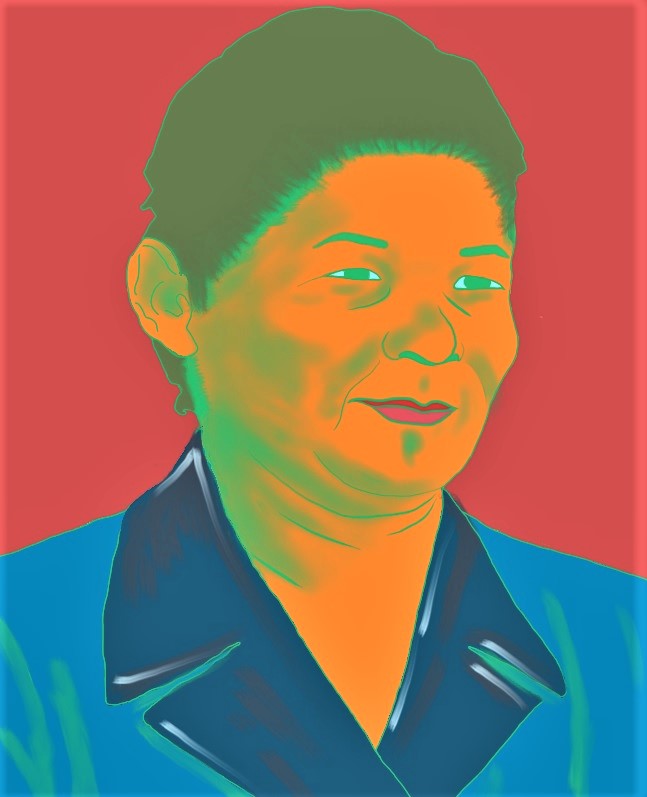 Rabia Menseitova was born in 1921, in the Alamudun (or Alamedin) district of the Chui oblast in the North of Kyrgyzstan (then Kirghiz SSR), close to the border of Kazakhstan.

She began her career as an accountant and then continued as a teacher in junior high school in the village of Batken. In the early 1940’s, Menseitova traveled to Bishkek, which was at the time called Frunze, where she had different types of positions in public life. Before her breakthrough as the Chair(wo)man of the Kyrgyz Broadcasting and Television Committee in Bishkek, she was sent to Talas and Osh, working for different committees in the areas. Between the years of 1954 and 1957 she worked as Head of the Propaganda Department of the Osh Regional Party Committee.

From 1957 to 1960 she was the Chair(wo)man of the Kyrgyz Broadcasting and Television Committee under the Kirghiz SSR Council of Ministers in Bishkek. Not only did she become the first Chairperson of the committee, she also became the first female head of radio and television in Kyrgyzstan and played a significant role in the national development of broadcasting.

In her life, she was awarded honors, medals and diplomas for her contributions to domestic telecommunications, television and radio, and post-1961 she held several notable posts within the Communist Party, such as the First Secretary of the Osh Regional Party Committee until her retirement. She passed away in March 2012.