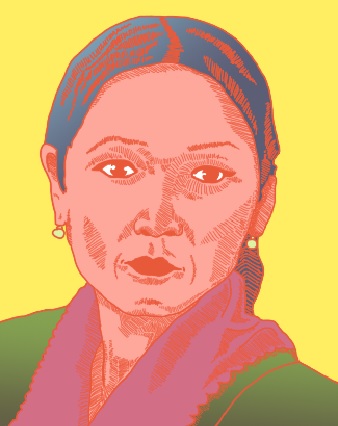 In the North of Kyrgyzstan, Nurkamal Jetykaskaeva was born in the year of 1918. Today, almost a hundred years later, she is known for her poetry. From 1937, Jetykashkaeva gradually became known as a poet in the eyes of the people. She wrote poems which were published in the pages of the national press regularly.

In 1941, she graduated and became an actress at the Kyrgyz National Theatre, and simultaneously worked as a junior researcher at the Institute of Kyrgyz Language, Literature, and History. She became a member of the Writer’s Union of the USSR in 1946. Throughout her life she published several books with her poetry, perhaps the most well-known being Жанган жалын in 1949 and Жаңырган өлкөдө in 1951.

Jetykashkaeva was also awarded for hard labor during the war efforts of 1941-1945. Since her death in 1952, several collections of her work have been published.