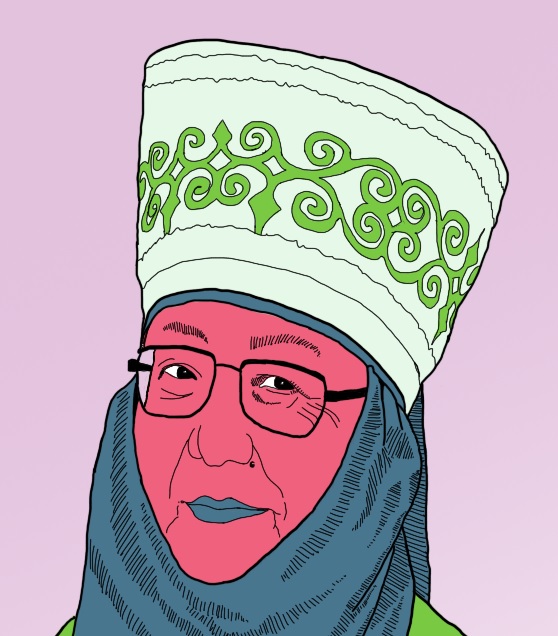 Born on September 8 in Bishkek, 1939, Kulbubu Bekturganova has now become a famous writer and journalist, although she began her career as a chemical engineer. She also worked as the Head of the Department of Transport between the years 1973 and 1985, and held other notable positions within these spheres. After that, she spent four years in the Soviet Women's Committee.

However, in 1962 she started working as a freelance reporter, and has slowly increased her knowledge and fame within this field. She has authored several TV and radio shows and published over 100 articles in newspapers and magazines.

Additionally, she has authored and published a book series which has come to serve as an inspiration to this project: “Daughters of the Kyrgyz Land” (Russian: “Дочери земли кыргызской”). Her series talks about the role of women in Kyrgyz society and the contributions they have made throughout history. It allows people to read about eminent Kyrgyzstani women and shares women’s stories about time, problems of women and generational gaps.

Today she is an honored cultural worker of the Kyrgyz republic, having received several awards, medals and diplomas. She has also worked in projects related to gender, for instance with the Swedish developing agency Sida, and has expressed in an interview that she believes that the 21st century is the century for and of women.