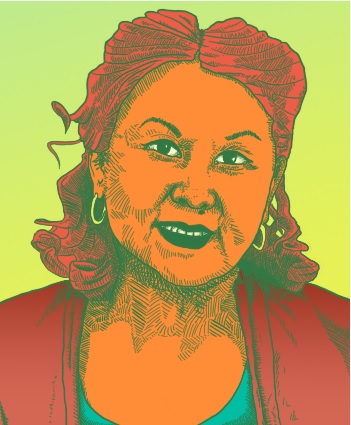 March 30th 1957 Kamila Sharshekeyeva was born in Frunze, the capital of Kyrgyzstan now known as Bishkek. As a young woman, she dreamed about becoming a teacher, a dream she realized and took to new heights. She graduated from the Moscow Institute of Foreign Languages, and then continued as a lecturer at the university level. In 1993, Sharshekeyeva was one of the founders of what today is the American University of Central Asia (AUCA) in Bishkek, which according to her, is her greatest accomplishment of her career.

When the new millennium arrived, Sharshekeyeva became the Minister of Education and Culture (2000-2002), but had up until then been a dean at the AUCA. She has also made appearances at events such as TEDxBishkekWomen. Today, she is the Principal of the University of Management and Design, and the Provost of the International Board at the University of Central Asia.