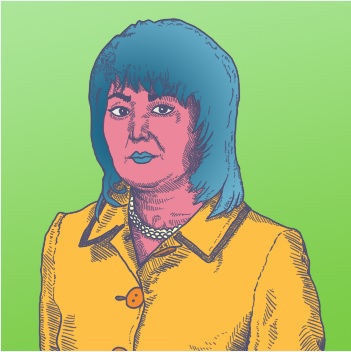 In April, 1960, in the city of Karakol located in the Issyk-Kul oblast in Northern Kyrgyzstan, Jyldyz Bakashova was born. 1977, at the age of 17, she began her studies in journalism which continued throughout the larger part of the following decade. She became a lecturer and later attained a doctorate in Philology in 1998. Her most well-known journalistic works were published in the latter half of the 1990’s, and is today author of five books, 30+ scientific papers and editor of more than 40 scientific and popular publications.

Additionally, in April 2012, Bakashova became an elected member of the Supervisory Board of Public TV and Radio Broadcasting Corporation, while maintaining her position at the National Library. Moreover she holds and has held several other notable positions such as the President of the Association of Public Libraries of Kyrgyzstan and Vice-President of the Library Assembly of Eurasia.