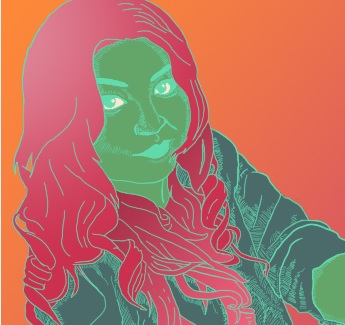 Cholponay Kenzhekulova was born on July 3, 1988 in Bishkek, Kyrgyzstan. She is a young Kyrgyz R&B/pop artist, actress, and TV-host. In 2013, she starred in the musical comedy “Do + Fa = Love” (Russian: До + Фа = Любовь) as one of the main characters, and continued with the follow-up comedy “Do + Fa 2: The Wedding” (Russian: До+Фа 2. Свадьба).

However, Kenzhekulova is most known for her singing and won the title Singer of the Year in 2013. Some of her most famous songs are Мырзага (Roughly translated: “Masters”), Эквалайзер (“Equalizer”), and Кыргыз кыздары (“The Kyrgyz Daughters”). Another popular song is called Чыгыш жомогу (“Eastern Tale”) and is a collaboration between Kenzhekulova and two other hip hop artists – Asko (Аско) and Aman (Аман). Most of these songs are available on Youtube, and can also be bought and downloaded over internet, but are unfortunately not yet available on online music services such as Spotify.