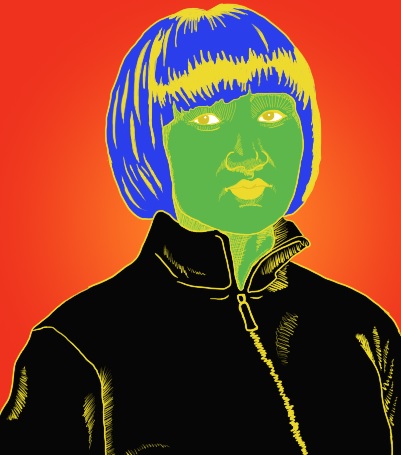 Aisuluu Tynybekova was born the 4th of May, 1993, in the village of Mailuu-Suu in the Jalal-Abad oblast in the South-Western part of Kyrgyzstan. At 15, Tynybekova discovered the sport of freestyle wrestling, and four years later she became the first woman to wrestle for Kyrgyzstan in the Olympics. That year, she competed in the category “Freestyle 63 kg” at the 2012 Summer Olympics in London.

Prior to her career in wrestling, she played basketball and trained in the martial art karate. In 2009, she joined the Kyrgyz national wrestling team and as soon as 2013 she was named one of the Best Athletes of the Year in Kyrgyzstan. Additionally, she held the title of Master of Sport of International Class in Kyrgyzstan in 2015. She also studied economics at the Kyrgyz State Technical University in Bishkek.