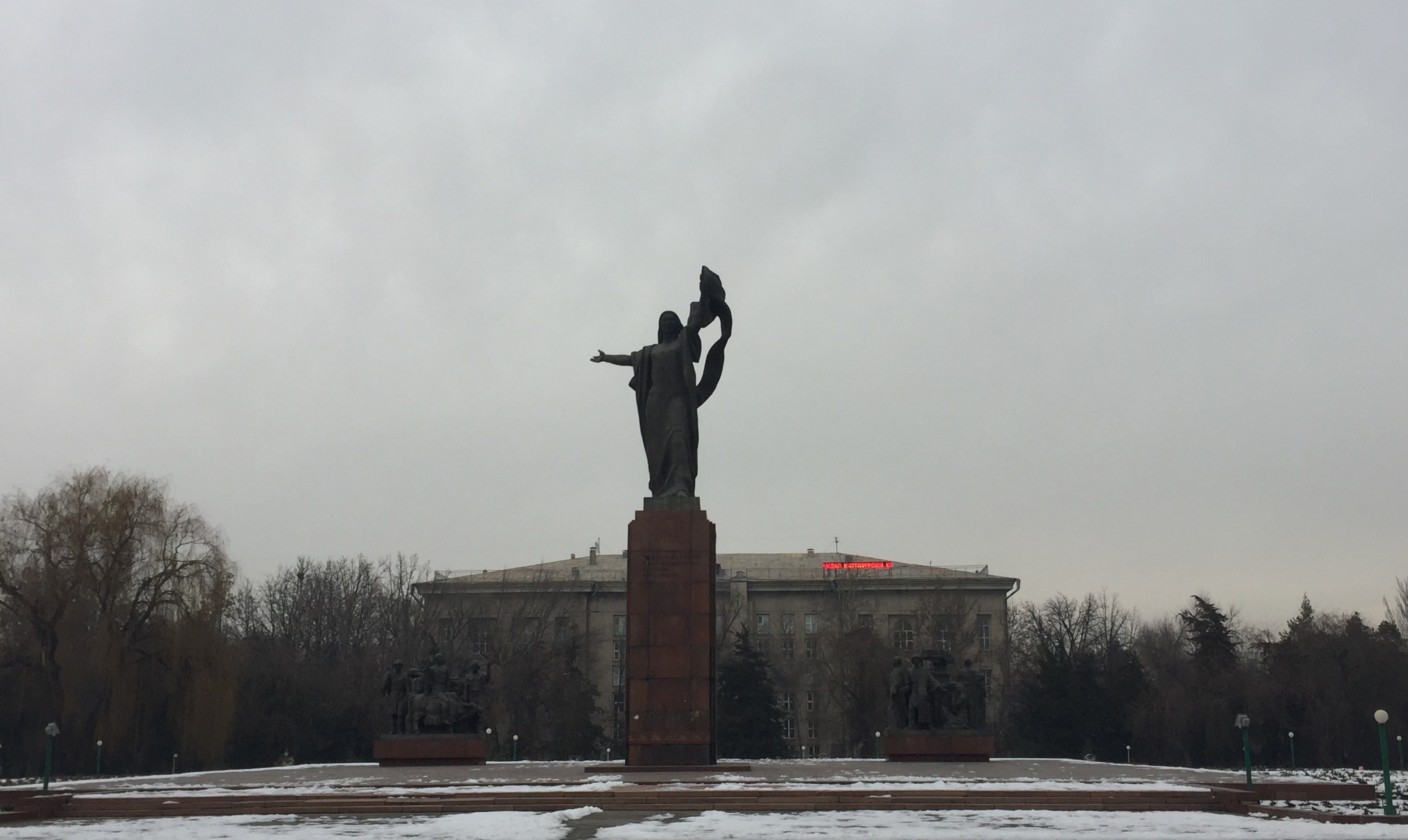 Welcome to the second blogpost in the miniseries about the roles of women in Kyrgyz national identity!

In the first blogpost, I introduced and elaborated on concepts such as national identity. Ethnicity, religion, and nomadism are all important, yet in very different ways, in Kyrgyzstani identity. In this part, I will continue to elaborate on how these are part in shaping ideas and expectations of Kyrgyz women, and how this might have an impact on women’s situation in Kyrgyzstan today. Because of rather limited space, much will be generalized, thus I want to highlight that there exists multiple dimensions and nuances which will not be accounted for in this text.

In this blogpost, I will attempt to provide answers to the two latter questions mentioned in the introductory post. These two questions are:
What roles have women (and, to some extent, men) been assigned?
How does this impact the lived experiences of women in Kyrgyzstan today?

Women’s Roles in National Identity
Nira Yuval-Davis, professor in sociology, has done extensive research on gender and the modern nation-state. She has concluded that women are made to be markers of ethnonational difference, and through this they embody the nation’s present and future (Suyarkulova, 2016: 250). Yuval-Davis have further developed this theory through three classifications of modern nation-states which is based on their “myth of origin” – the shared blood, common culture, and citizenship based on the perceived shared values of the nation. Below, I will focus on the gendered dimension of these classifications, as these are the most relevant here:

In public discourses and politics, Kyrgyzstan combines elements of all of the above categories (ibid.: 250 ff.). Kyrgyzstan is a young nation in many ways, which is still very much exploring its myth of origin as discussed more in the previous blogpost on this topic. Since independence, Kyrgyzstan has seen increasing nationalism, which has become a common trend in many countries globally. However, in the case of Kyrgyzstan, nationalism is much more closely connected to its Soviet past, and developments thereafter. It is important to remember that Kyrgyzstani independence was involuntary and there was no movement for democracy or freedom. Kyrgyzstan was left with a sense of abandonment, and is still struggling to combat the loss of certainty and security which independence from the USSR meant (Handrahan, 2001: 467 ff.; Ismailbekova, 2016: 268).

Nationalist politics and discourses often manifest themselves in debates about women (what they should wear, how they should act, and whom they should marry), based on the categories above. An example of the idea of the Volknation in Kyrgyzstan is the proposed law mentioned in my previous post, where unmarried women under the age of 22 were suggested to be forbidden to leave the country (ibid.: 251). The influence of the idea of Kulturnation is in Kyrgyzstan visible through the dominance of women in educational spheres, and the expectations on them to stay at home and care for the children (Kolsarieva, 2016; Ormonova, 2016). The last Staatnation can be seen through language – Kyrgyzstan is often referred to as female, and Kyrgyz is said to come from kirk kiz which can be roughly translated into forty maidens (Murray, 1936) stemming from one myth of origin equalizing the women with the Kyrgyz (ethno)nation.

While Kyrgyz women in many ways symbolize the nation which should be protected and preserved,

Kyrgyz men represent ’Kyrgyzsness’ and its superiority in relation to other ethnicities (Handrahan, 2001: 484). This in general means that men are in power and thus dominate the spaces, in which it is decided
what is Kyrgyz and what is not, which is reinforced by several patriarchal trends influencing the construction of Kyrgyz national identity (ibid.: 474-480). This ‘Kyrgyzsness’ is then projected onto women and their bodies, who are left with a lot of responsibility but little power to explore Kyrgyz femininity on own terms (ibid.; Suyarkulova, 2016: 252 f.). The historical, sociocultural and political complexity makes the case of Kyrgyzstan very interesting, as the roles and expectations of Kyrgyz women become manifold, making the social, cultural, and public spaces difficult to navigate as a woman living in contemporary Kyrgyzstan.

The Ideal Kyrgyz Woman
Women are essential in the construction of the Kyrgyz nation, because women are one of the most important parts in the construction of family. The concept of family is in Kyrgyzstan, as in many other countries worldwide, the core of the continuation of the nation, and in political and social discourses in Kyrgyzstan the family begins through marriage between a woman and a man (Ismailbekova, 2016).

Thereafter, the woman is expected to care for her family-in-law, and strive to

become a mother on her own. Because of nomadic patrilineage, it is most preferable to birth a son, but daughters are better than no children at all. Children alleviate the workload in the home (when they reach a certain age), and have the potential to become a social and financial security in the future (ibid.; Kolsorieva, 2016). The highest status of a woman is when she becomes a mother-in-law herself, and perhaps gets her own daughter-in-law to take over the household chores. This way, a woman can attain power and authority, without having to perform much of the hard labor herself (Ismailbekova, 2016: 270 ff.). By following these customs, women have the most successful way to construct authority, as their space in public and political spheres are limited. Women in Kyrgyzstan constitute a big part of the work force; however, they rarely hold powerful positions and have little access to decision-making processes (Kolsarieva, 2016; Ormonova, 2016).

The majority of women marry and express desire to be able to be a housewife, a trend which has been identified as a reaction to Soviet times when everyone was forced to work (Handrahan, 2001). Marriage is thus, in addition to a traditional practice, a desired status because of the possibility as a woman to claim the right “not to work” (ibid.: 474). Unfortunately, more often than not, women increase their workload when married as many households usually cannot afford having only the man as the breadwinner (Kolsarieva, 2016; MoSA, 2014; Ormonova, 2016).

In regards to looks, women should be beautiful yet modest. As an important example, there have been heated discussions in relation to veiling – a topic which has sparked heated discussions in numerous countries worldwide. Kyrgyzstan is largely a Muslim country, but this is also practiced with modesty. Women do veil (the number of veiled women differs depending on area), but many avoid the traditionally Muslim ways of wearing it (McBrien, 2009). A Kyrgyz way of veiling is preferred, because it is deemed more compatible with Kyrgyz national identity. There have been public campaigns against the Muslim way of veiling and women tend to express worries if they wear or are considering to wear the ‘Muslim’ veil (ibid.; Suyarkulova, 2016: 255 ff.).

Women’s Situation in Kyrgyzstan
Being influenced by highly patriarchal trends and ideas, ranging from the original capitalist division of labor between the sexes to nomadic patrilineage, it is no wonder that Kyrgyz national identity has experienced these recent developments. Kyrgyzstan has seen several violent conflicts since 1991, and as expected, violence against women and minorities have correlated with these outbursts of public violence (MoSA, 2014). In addition, rights of women have been put aside, prioritizing other matters more obviously connected to the conflicts and uprisings (Kolsarieva, 2016; Ormonova, 2016).

Since the violent clashes in 2010, there is still an increase of violence towards women in their homes, and women generally feel insecure to go outside after dark (ibid.). In 2012, every fourth woman aged 15-49 had been physically abused in her home and this number has been steadily growing. In the same year, only two out five women sought help for her injuries caused by this violence (MoSA, 2014).

The average age of marriage for a woman in Kyrgyzstan is 22, and under aged brides are common in religious, unofficial marriages (ibid.). In addition, forced marriage by kidnapping of the woman remains widespread despite being illegal. For women who have been kidnapped or abused in their home, poverty and economic instability is a common consequence if they manage to leave the perpetrator (ibid.; Kolsarieva, 2016; Ormonova, 2016). For this reason, many choose not to leave, and they are usually encouraged by family and governmental authorities to try to reconcile with the perpetrator (Handrahan, 2001; MoSA, 2014). The issue of women’s poverty and the increasing unemployment of women are even more emphasized by the limited participation of women in local and national politics (Kolsarieva, 2016; Ormonova, 2016). This results in that questions related to women’s vulnerable situation are in practice a very low priority by politicians, despite a progressive legal framework especially considering the region and its history (ibid.).

Conclusions
The aim of these blogposts has been the focus of women’s roles in the creation of a national identity in Kyrgyzstan after its independence. I have explored some ideas about women and the nation-state of Kyrgyzstan, but this is a mere scratch on the surface. For the sake of clarity and transparency, I provide the questions again with a short summary of what has been presented in a more complex discussion previously.

What has been central in the construction of Kyrgyz national identity post-independence?
Several patriarchal trends have significantly influenced the construction of Kyrgyz national identity. Historically, during the time as part of the Soviet Union, much of ‘Kyrgyzsness’ was designed and constructed as part of a Soviet project which was conducted in many Soviet states. Before Soviet times, Islam had been a major influence in Central Asia, but has much less to do with public life in Kyrgyzstan today. Instead Nomadism has become the answer to the question of Kyrgyz common origin. Additionally, capitalism has become a force of influence in public and political life of Kyrgyzstan, and the economic hardships post-independence have created tensions between ideas of past and present Kyrgyzstan.

What roles have women (and, to some extent, men) been assigned?
Women are most importantly the hearth of the home, carrying several important roles in the proliferation of the Kyrgyz nation. They are responsible for choosing a Kyrgyz man to continue the Kyrgyz bloodline, and raising children the Kyrgyz way. Their roles as housewives are key in the capitalist order introduced after 1991, and through several patriarchal influences women are cherished, but controlled so that they can and will perform their duties in the Kyrgyz society.

How does this impact the lived experiences of women in Kyrgyzstan today?
Pressure from families and communities force women and men into a heterosexual norm, and marriage is central in almost every young person’s life. The increasing trends of domestic violence and forced marriage through kidnapping of the woman are certainly alarming, and unfortunately a common trait for women especially in Southern Kyrgyzstan. However, women should not be considered passive and without agency. Even though many women are kept outside of political decision-making processes, women are, and have been since independence, a strong force in the growing civil society of Kyrgyzstan.

Many young women also find their own personal ways of resistance, and the younger generation is full of potential which can be said after my four months with the youth organization Novi Ritm in Osh. Kyrgyzstan has a progressive legal framework in relation to human and women’s rights, but lack the resources and political will to ensure this throughout Kyrgyz society. Nevertheless, this legal framework and forces of civil society might be just what Kyrgyzstan needs to unify national identity with the realization of rights and freedoms of women.

Written by Isabelle Persson, while based in Osh, Kyrgyzstan.

Ministry of Social Affairs (MoSA), Kyrgyzstan (2014). National Review of the 20th year anniversary of the Beijing Declaration and Platform for Action in Kyrgyzstan [informal translation by UNWomen]. Published 10 November 2014. [Accessed: 2016-10-20] Available at: http://eca.unwomen.org/en/digital-library/publications/2014/11/national-review-of-the-20th-year-anniversary-of-the-beijing-platform-for-action-in-kyrgyzstan