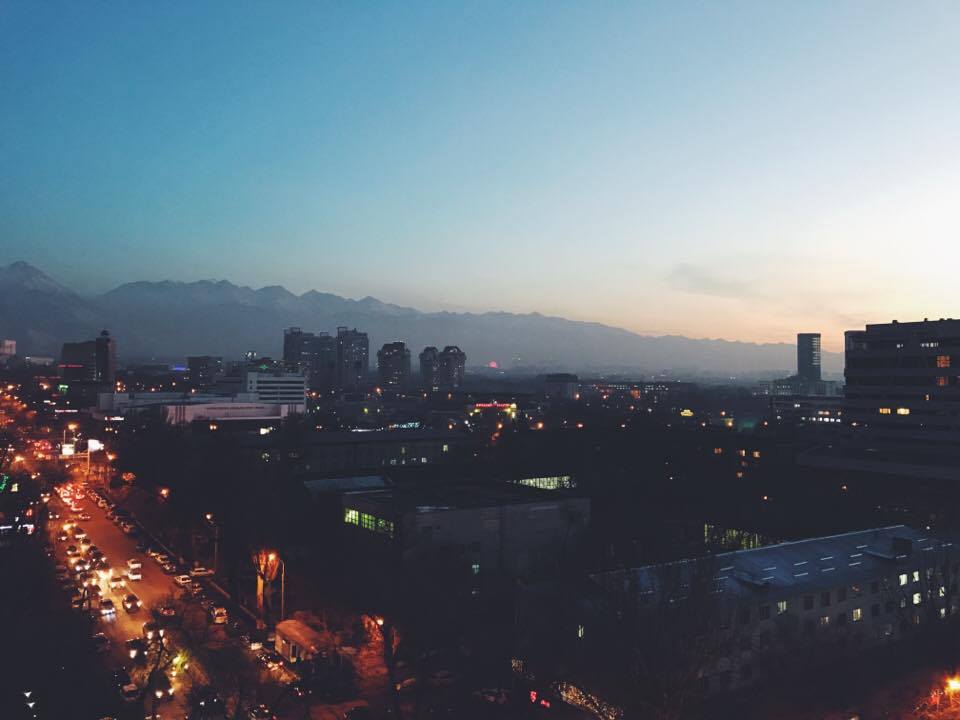 So far – so good. Osh is our new home and I think we have acclimatized us very well. We have a nice house to live in, we have a flow at work, we have new friends and places to hang out at, we have a gym, with a personal trainer (!). Then, after this smooth start, we got stuck in bureaucracy at the migration center. Due to a new rule, our Visas couldn’t get prolonged which meant that we had to leave Kyrgyzstan and then we have to re-apply when coming back to Kyrgyzstan. Our destination: Kazakhstan! Since this was a very spontaneous and quite un-planned trip, we decided to go to the cheapest and easiest place, Almaty, which is quite near the Kyrgyz border.

Almaty is the biggest city in Kazakhstan and also the previous capital. In 1997 Kazakhstan’s President Nursultan Nazarbayev decided to move the capital from Almaty to Astana (previously Akmola). Because of resource assets such as oil, the economical development of the country has been good and the living standards of many Kazakhs raised after the fall of the Soviet union.Today, however, the economy is affected by the oil crisis. Other interesting (but scary) aspects of the country is the lack of democracy. The country has been ruled by an super authoritarian regime since the independence.

After this quick research about the country, we decided to experience it ourselves. We took the plane to Almaty, arrived at our hostel (on 11th floor) and woke up to this. The view is quite stunning, right? If i had to chose one thing I love the most about Central Asia (except for the friendly people and the food…) I would say the mountains!

Compared to Osh and Bishkek, the standard of infrastructure and buildings is definitely higher in Almaty (also a lot of big SUVs and expensive shoppingmalls, which I haven’t seen so far in Kyrgyzstan…)

So what have we been doing in Almaty so far? Except for spending the early (okay, maybe not so early) mornings and late nights working with a project application at different cafés, we have been doing a lot of touristing. We have been walking a lot which is, according to me, the best way to get to know a new city. It felt like spring the first days! Unfortunately it have started to rain and snow again.

We also took the cable-car up to a mountain called Kok-Tobe, which is the highest point of Almaty, where we could find some kind of amusement park, attractions and restaurants. And animals in to small cages… which made us very sad 🙁

After this activity, we found a Georgian restaurant and tried Khachapuri (cheese bread). Full and satisfied, we continued our walking to the Zenkov Cathedral, a church made completely of wood in the architectural style Ukrainian baroque, the perfect time to use our selfie stick!

That is all for now i guess.